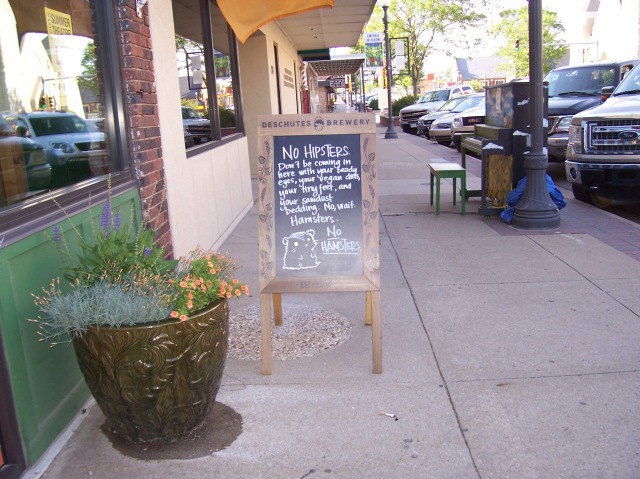 I combined assignments 2 and 3 of Photography 101 into one photo shoot. I started downtown, hoping to catch some good subjects at the farmer’s market, but I was too late. I was also too early for Live in the Lot, a weekly music concert, so I wandered over to Commercial Street and found one of the pianos available for playing. However, the picture I liked the best did not feature the piano but a sign that said “No Hipsters.”

Below is a close-up picture of another piano, but there is some glare in the background, and I’m not familiar enough with Photoshop to fix it. The sign on the piano invites passersby to stop and play it. 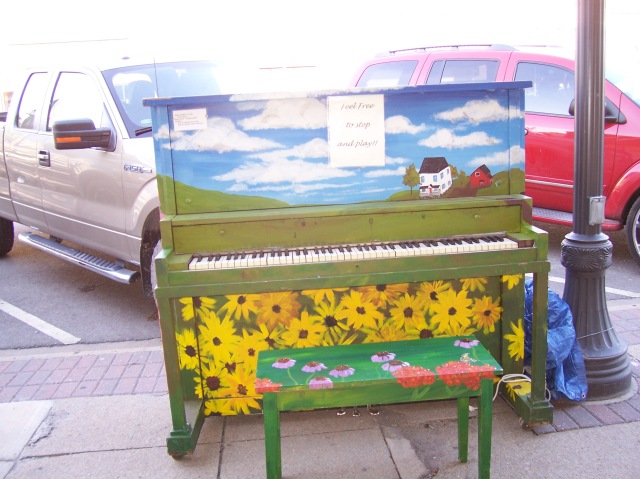 As for the water, I picked the Cottonwood River at Soden’s Grove. The river flooded for several days in May. Watching this river rise and fall used to be a regular evening or weekend pastime for our family. The picture below was taken from the old bridge. The bridge in the distance is the new bridge. As you can see, the water is almost touching the bottom of the new bridge. I took this photo with a video camera and used software to get a snapshot. 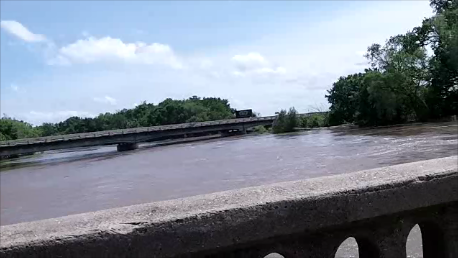 It has been two weeks since I took the above photo. The water is still high, as you can see in the picture below, but there is no longer flooding. I included a little more of the old bridge as foreground, but that experiment didn’t work too well. Neither did the use of the telephoto feature on the camera for the comparison of water levels. Okay, I’m not a master photographer yet, but I’m working on it. 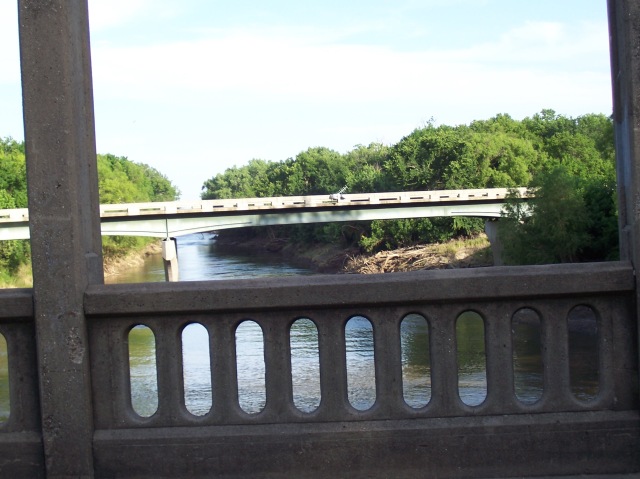